La Toque’s Cooking Camp series brings cooking know how and fun to tweens and teens (ages 10-17) and younger cooks (ages 6-9).   Camp activities include cooking instruction, hands on projects, taste tests, contests and field trips.   Campers will bring home their marvelous creations to share with their families and recipes at the end of the week to hone their skills.   Sessions will be taught in a home setting in downtown Palo Alto except field trip days.

Cost for each Camp is $250 per session. REGISTER HERE.  To get on the wait list, sign up for a SOLD OUT camp yet don’t pay until you’ve been “un wait listed”.

Join The Triumphant Toques at the Palo Alto Chili Cook Off on July 4.  This camp prepares the team for the big competition during camp sessions and competes in the Chili Cook Off on July 4.   We’ll learn what makes a terrific chili, taste test our wonderful creations vs. supermarket brands and spice up Independence Day at the contest in Mitchell Park.    For those who love to cook and decorate too, booth decorations will be crafted during the week for our brilliant display on the 4th.

Start out as a cookie rookie and master the art of simply sensational cookies by the end of camp.    Come learn the basics of the perfect cookie and some unique advanced cookie baking tips too.   We’ll taste test store bought cookies vs. our own creations, visit a local bakery to sample theirs and compete for the best cookie creation.

Learn a 3-course delectable dinner each day and become the master chef in your kitchen. The week ends with a Chopped style contest facing off the three teams of students to determine who can make the most delectable dinner with a surprise ingredient.   Amaze your family at the end of the week as you push your parents aside in the kitchen and take over.

Go wild (or at least creative) with pizza dough, sauces and toppings.  Then crank out pasta into your favorite shape, make your own sauces, ravioli and more as you become a pizza and pasta pro.  The week will be full of fun, including a pasta sauce taste test and Iron Chef style competitions.

We’ll be cooking a host of chocolate treats including chocolate confections and compete in a chocolate cake decorating contest. The week will include chocolate tastings and chocolate tempering mastery. We’ll learn how chocolate is created, chocolate chemistry and other chocolate trivia.

If you’re a chocoholic at heart, sign up for both chocolate camps.   This level II camp will offer some additional techniques for those who have already taken Chocolate Champions or those who want more time of chocolate know how to fulfill their dream chocolate summer.  Learn the history of chocolate, cook some amazing treats such as a buche de noel and chocolate dipped honeycomb, compete in a chocolate competition and taste test some fabulous chocolates from around the world.

If you’re ready to get your younger children cooking up a storm, this camp is for you.   Young chefs will learn basic cooking techniques in a safe environment geared towards children ages 6-9.  They’ll exit the week with a full dinner menu they’ll be proud of including hand cranked pasta, several side dishes, cornbread and a cornucopia of delicious desserts including a variety of cookies.   As a special treat, the campers will compete in a chocolate confections decorating contest and a chocolate tasting. 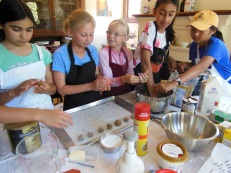 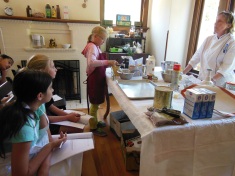 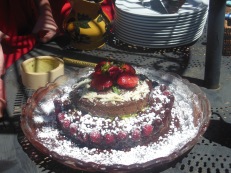 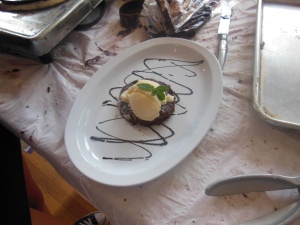